During the autumn term of 2017 we partnered with Richmond Carers Centre to run weekly after school drama sessions for their young carers. We worked with ten young carers aged 10-14 and devised a play.

We started the sessions by asking the participants ‘what do you want to write a story about’? We had lots of ideas but in the end the group chose ‘Time Travel’. 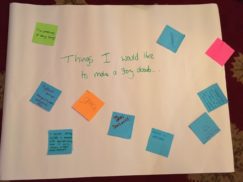 And so we began. Each week the group worked with our brilliant facilitator Ross and devised scenes for their ‘Time Travel’ story. We chose to do a promenade performance which would move around the building and end up with the grand finale on stage. The group did an amazing job each week and the final performance took place on Sunday 12th November at Richmond Theatre.

The show started in our Ambassador Lounge, or as we called it ‘The Science Laboratory’ (there was lots of tin foil) where we met a group of scientists who were investigating strange electronic signals coming from the theatre. When the experiment went wrong our audience found themselves transported to 1899, and we met Frank Matcham. The architect of Richmond Theatre. It was his job to get us back to 2017. Along the way we met Charlie Chaplin in the Dress Circle Bar, a ‘Diva’ actress in the dressing rooms and the ghost of Richmond Theatre at stage door. Once on the stage the audience thankfully found the time machine and were taken back to 2017 in a big reveal of our beautiful auditorium.

The group were so imaginative and created a brilliant show. We were very proud of everyone.

With thanks to Richmond Parish Lands Charity. 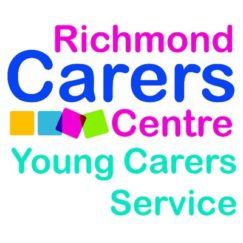